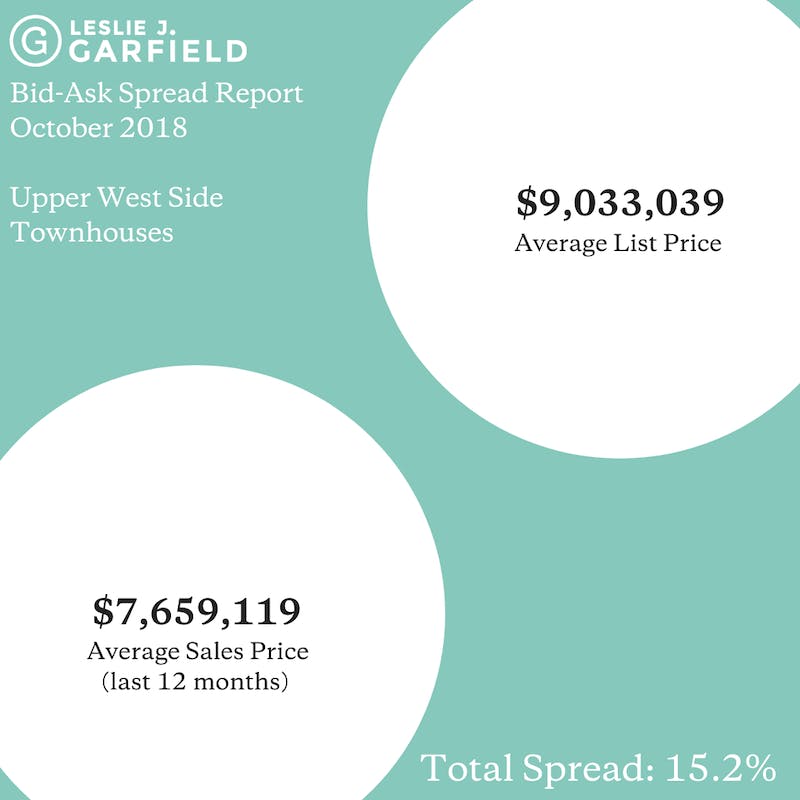 There was a sharp decrease in bid-ask spread at the beginning of the 3rd quarter, dropping from 28.4% in July to 17.8% in August. September was an all-time low point since we started tracking in 2017, with a spread of 15.2%. The graph below illustrates the steep drop this quarter.

The dramatic dip can be attributed to two key factors. The first was an 8-figure sale in the West 80s off Central Park West. Given that this was one of the few 8-figure sales of 2018, it handily increased the average sales price over the last 12 months. The second factor is the consistent dropping of on-market prices to keep up with market conditions. The average asking price when we started tracking the bid-ask spread in June 2017 was $10.2M. Now, the average asking price is $9.0M. Looking forward, we're expecting another 8-figure sale to close in the coming months, which would tighten the spread even further.