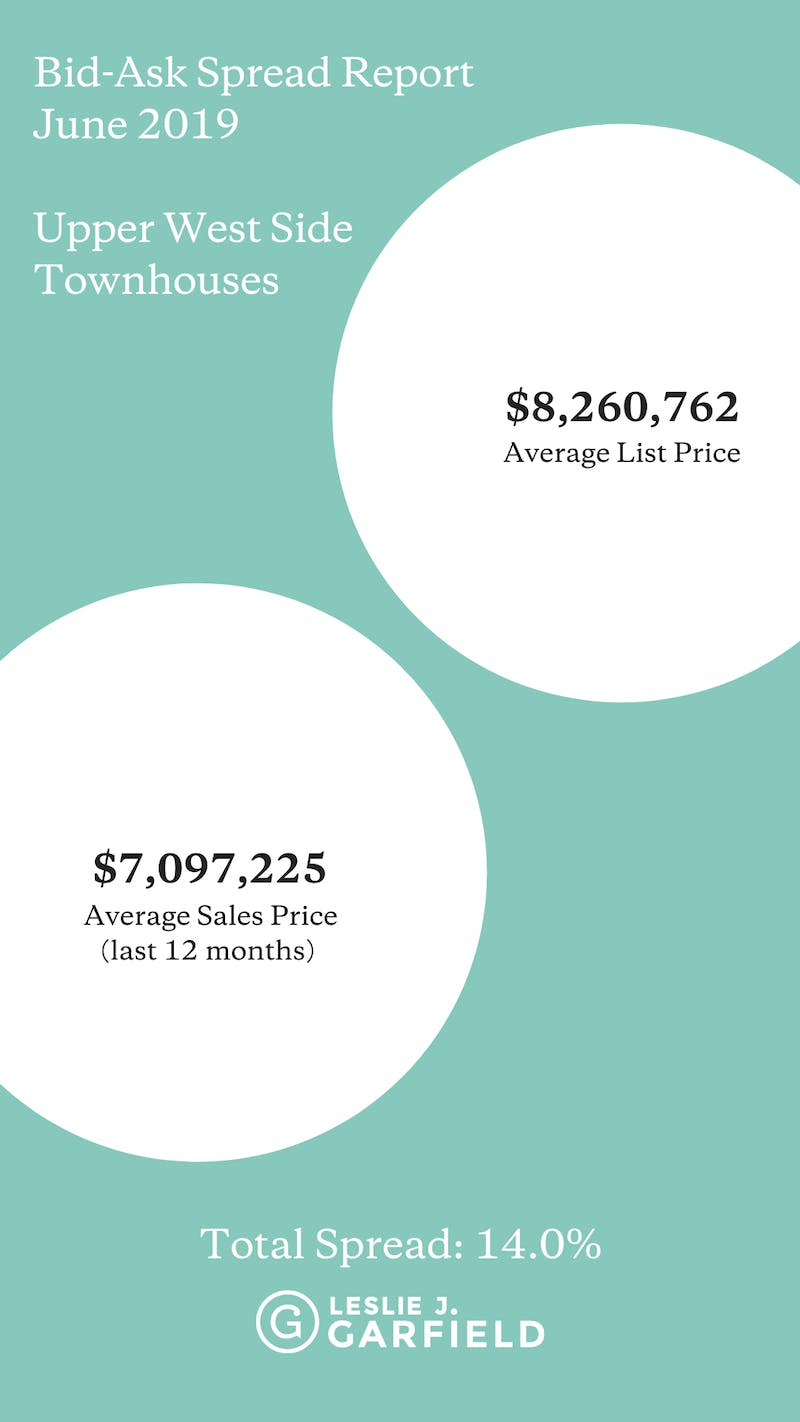 The first two months of this quarter were characterized by an unusual spike in bid-ask spread, likely due to outliers in asking price on new product that came to market. The drop to 14.0% this month can be attributed to some major price drops from some of the more expensive properties on the market, such as 22 West 74th Street which was listed for nearly $23M in April and has since had 2 major price drops, with the current list price at $17.9M. 3 Riverside Drive, which was listed for sale at $25M in April and taken back off the market only a month later, also contributed to this wider spread in April and May. The spike in spread was also due to the average sales price over the last 12 months dropping rapidly around March and April, given that some of the highest priced sales of the last two years occurred in January and February 2018, and 2019 thus far has been characterized by mainly low-priced sales. We may see the spread tighten even more in the coming months, given that some higher priced product is in contract and asking prices continue to drop. The tightening of the spread, along with the flurry of offers we are seeing on our listings, is an indication that we are moving towards a market equilibrium, where buyers and sellers are finding common ground on pricing, and thus an increase in transaction volume across the pricing spectrum should occur.