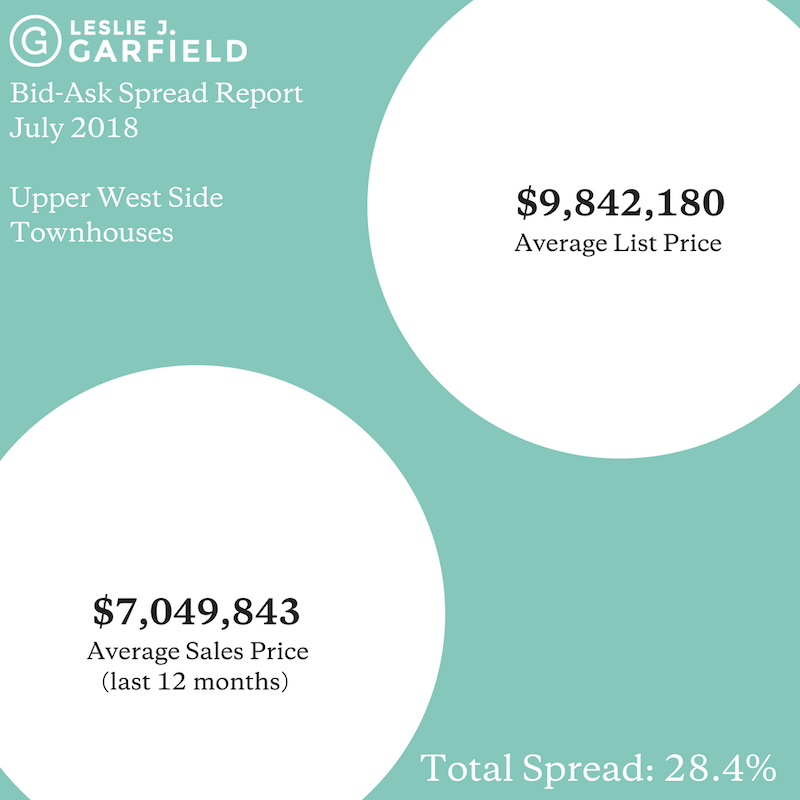 There was a steady decline in spread since the end of 2017, due to consistent price drops in a slow market. The low point since then was a 23.8% bid-ask spread in April 2018. Since then, the spread sharply increased in May to 29.6%. There were two main reasons for this. The first was the addition of a few high-priced listings to the market, such as 248 Central Park West for $29M. A price this high greatly skews the on-market pricing data. Secondly, most of the sales that have occurred thus far in 2018 are mid-level market multi-family properties, bringing down the average sales price over the last 12 months.

The most recent bid-ask spread recorded for July was 28.4%, indicating the spread is slowly but surely steadying after the peak high in May, as more sales are recorded and listing prices continue to drop to catch up with the market. There are two 8-figure properties in contract, which will tighten the bid-ask spread when the sales record.