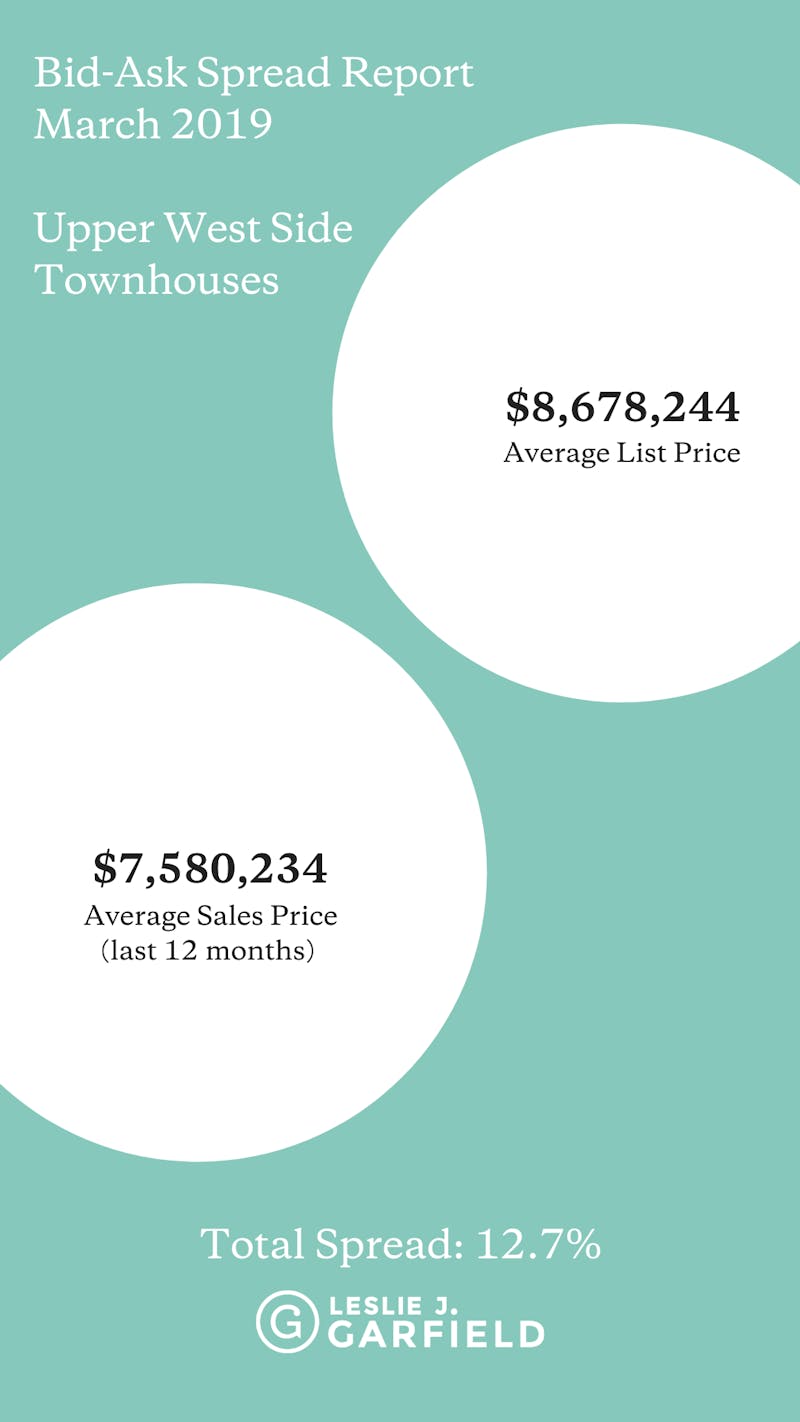 According to this Streeteasy report, fewer than half of the homes that hit the market in the spring of 2018 actually sold, which explains the number of price drops that have occurred over the last year. While sales volume is down year-over-year, (there were 4 sales over the last 2 months compared to 12 in January and February of 2018), average sales price remains relatively flat year-over-year. As on-market prices continue to drop, the spread between average asking prices and the average sales prices are tightening. Given the drops in asking prices, we've seen a shift to a buyer's market. While volume is still down as buyers methodically weigh their options, we can speak to more buyer activity since the start of the New Year, which should ultimately lead to an increase in sales volume.