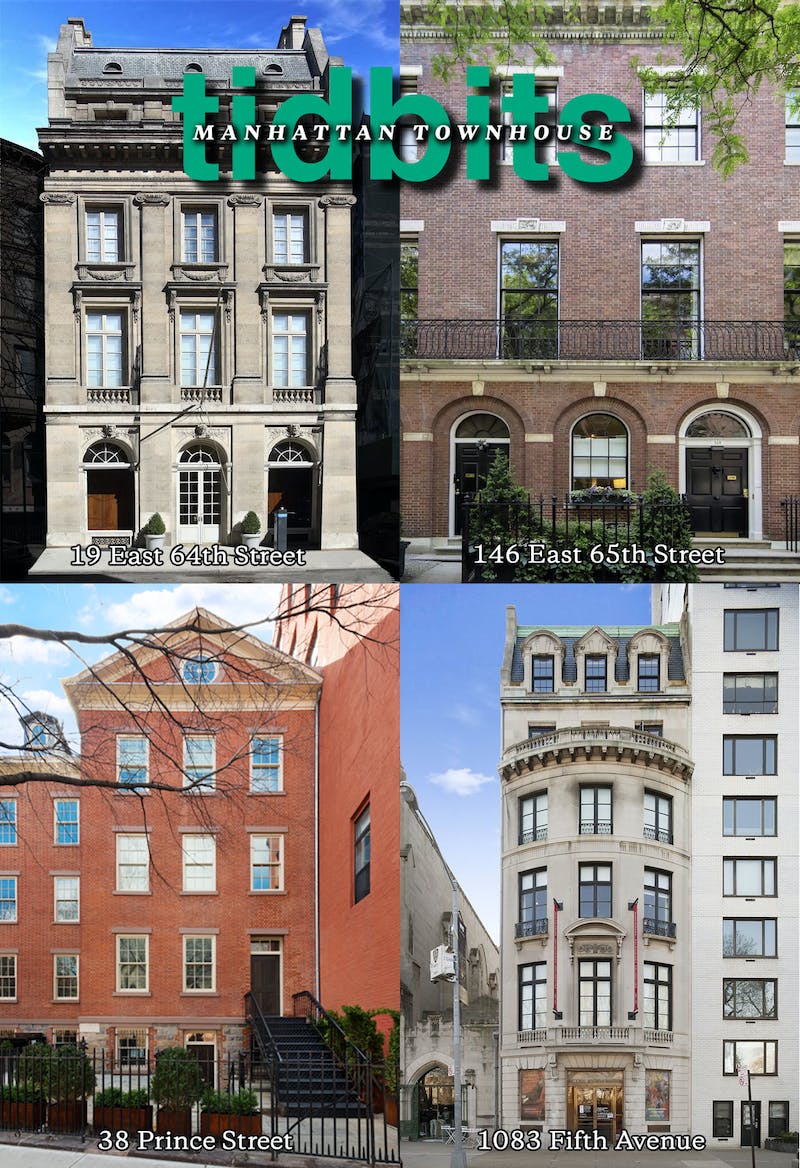 Billionaire Len Blavatnik paid $90 million for the townhouse at 19 East 64th Street. It was previously the art gallery for the Wildenstein family for 85 years. Forbes has estimated Blavatnik’s net worth at $20.5 billion, and is believed to be the wealthiest man living in Great Britain. He placed #40 on Forbes’ list of the world’s wealthiest people.

Leslie J. Garfield's listing at 38 Prince Street in NoLita, now under contract, used to be part of the St. Patrick’s Old Cathedral School. In addition to attending the school, Scorsese was an altar boy at the church and later filmed a scene from “Mean Streets” at the church’s graveyard.

The late philanthropist and banker’s UES mansion sold for $20M; a $12.5M discount from the original asking price. The house at 146 East 65th Street had been on the market since last year following Rockefeller’s death at 101.

The National Academy of Design sold a piece of its Fifth Avenue headquarters for $25 million. The Beaux-Arts, Upper East Side home was once owned by railroad heir Archer Milton Huntington, who bought it in 1901. Huntington and his wife, the sculptor Anna Hyatt Huntington, donated the townhouse and adjacent buildings to the National Academy in 1940.