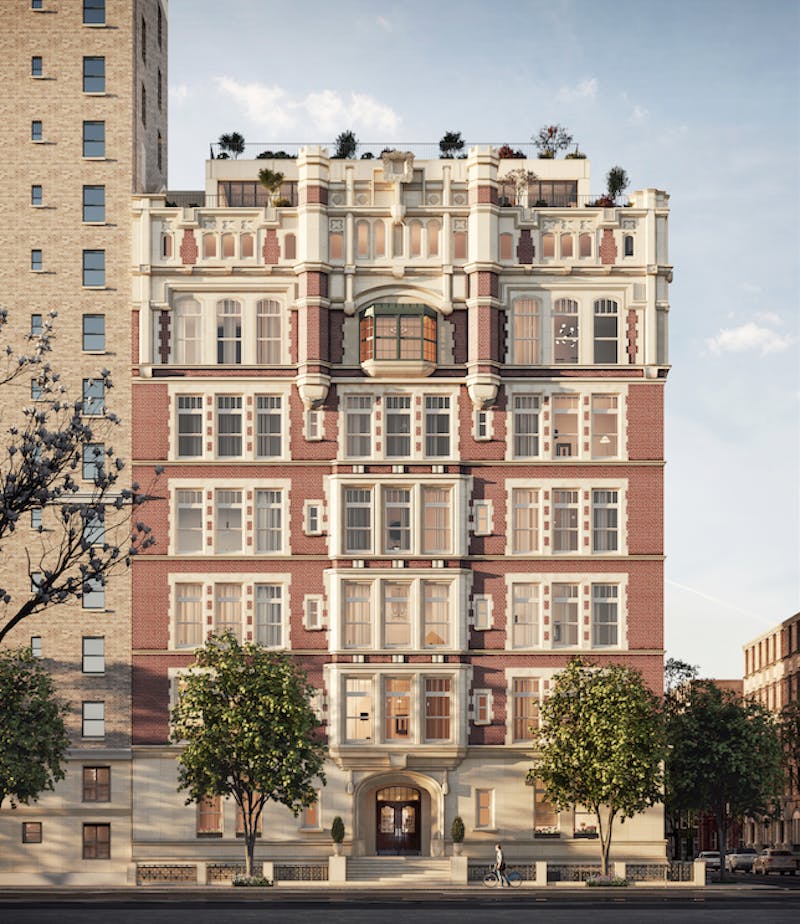 The former St. Agnes Catholic Boys School at 555 West End Avenue, at the corner of 87th Street, has sat vacant for years. Plans to convert the William A. Boring-designed building were approved more than three years ago by the Landmarks Preservation Commission. The school was established in 1914 and was closed in 2013, and was sold by the The Archdiocese of New York in 2014 for $50 million to developer Cary Tamarkin. The approved plans featured a 9' 6" penthouse pop up on the roof. It has now been released that the building will house 13 condos, three to five bedrooms each, starting at $7.9M.