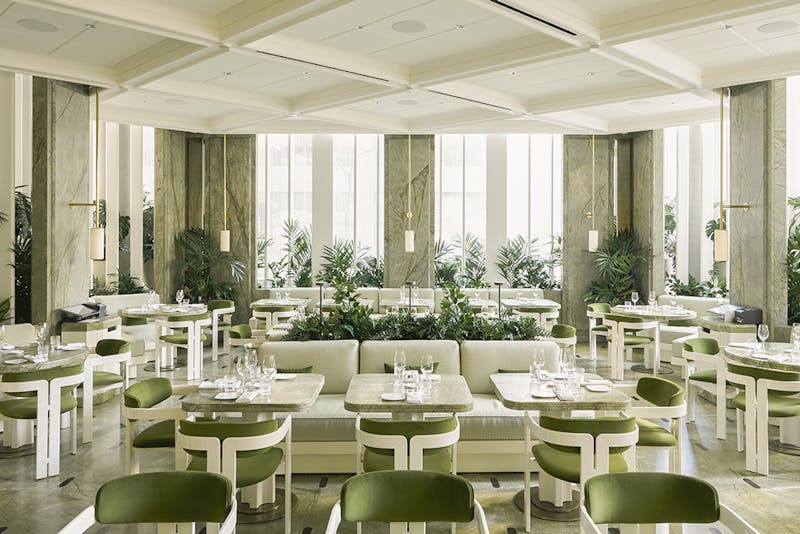 Once known for business lunches and the “safe” client dinner, Midtown East has evolved to become one of the city’s most interesting neighborhoods for foodies, attracting Michelin-starred chefs and innovative restaurateurs. Here are five openings to watch in the area. Feature photo credit: Adrien Dirand.

Le Jardinier, French for gardener, is an approachable, vegetable-driven restaurant from Michelin-starred Chef Alain Verzeroli. Here, the chef has gone back to the basics--seasonal fruits and vegetables, fresh meats, herbs, and an atmosphere that feels like home.

In the neighborhood: 244 East 48th Street

A chic French/Japanese restaurant by Joël Robuchon, protege of Alain Verzeroli, Shun will open just above Le Jardenier. Unique combinations, such as seaweed-infused breads to pair with an array of French wines, have made the seasonal restaurant one of the summer’s most highly anticipated.

In the neighborhood: 211 East 48th Street

Even the most seasoned New Yorker needs a city escape, and Contour, the self-styled “all-day gastro lounge” at the Ritz Carlton, is just the place to play tourist. Sip custom cocktails, share small plates like eggs & caviar or crispy fried oysters, and cool off with a lemongrass iced tea.

In the neighborhood: 31 Sutton Place

Beer connoisseurs may have a new favorite local in this First Avenue brew house, featuring more than 30 drafts and over 100 craft bottles. You can also order small bites, including pizzas from nearby Sofia Pizza Shoppe.

In the neighborhood: 442 East 58th Street

The Urbanspace Vanderbilt food hall has made dinner easier for busy professionals (and parents) since 2017, when the location opened with nearly 20 gourmet food stands. The opening of Gumbo Bros adds cajun to the food hall’s already eclectic mix with homemade gumbos and po boy sandwiches.